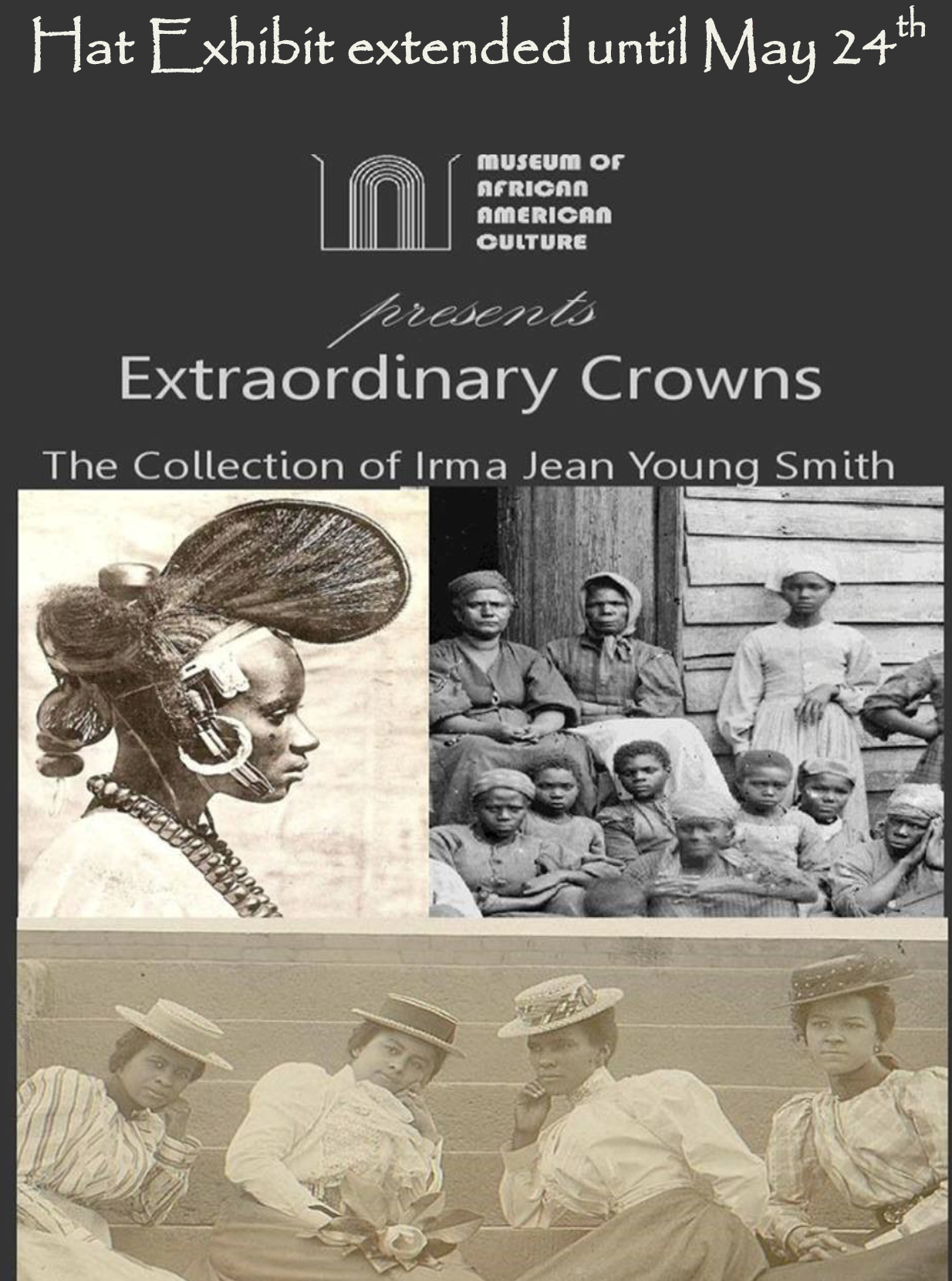 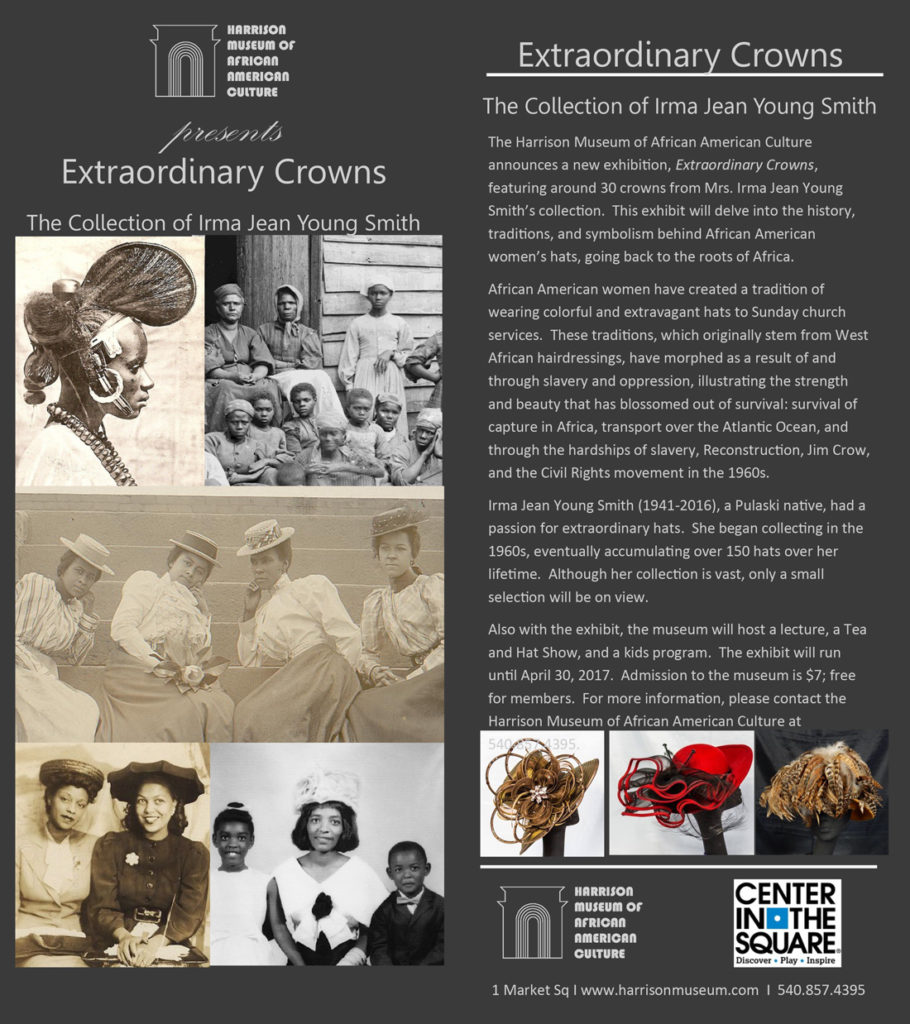 On January 8, 2017, the Harrison Museum will open the exhibit ‘Extraordinary Crowns: The Collection of Irma Jean Young Smith.’ Highlighting around 30 crowns from Mrs. Young Smith’s collection, this exhibit will delve into the history, traditions, and symbolism behind African American women’s hats, going back to the roots of Africa.

Irma Jean Young Smith (1941-2016), a Pulaski native, had a passion for extraordinary hats. She began collecting in the 1960s, eventually accumulating over 150 hats over her lifetime.

“She had several favorite shops outside of the area that she would visit or would have friends visit, just so she wouldn’t have the same hat as everyone else,” said Robert Smith Jr, Irma Jean’s husband of over five decades. “She affectionately became known as the ‘Hat Lady.’”

African American women have created a tradition of wearing colorful and extravagant hats to Sunday church services. These traditions, which originally stem from West African hairdressings, have morphed as a result of slavery and oppression. They illustrate the strength and beauty that has blossomed out of survival: survival and capture in Africa; transport over the Atlantic Ocean; and through the hardships of slavery, Reconstruction, Jim Crow, and the Civil Rights movement in the 1960s.

“These hats illustrate a sense of individuality which their slave ancestors were not given the luxury of,” remarked curator Ashley Webb.

The tradition of elaborate hairdressings, filled with braids, beads, and other adornments, is still a practice among certain African tribes. After 1619, when 20 Africans were brought as indentured servants to the colony of Jamestown, the European settlers began to slowly strip their identities, freedoms, and individualism from them, transforming them from human beings to property. Their heads were shaved to curb lice, to illustrate dominance, as well as their status as a slave.

Despite this, African Americans created their own individuality by sprucing up the head scarf fabrics given to them by their masters. This practice was most prevalent on Sundays, and hailed from the individualistic hairstyles and adornments taken away from them generations earlier. The hats of Irma Jean Young Smith illustrate this continuation of a sense of individuality and cultural pride.

The opening of this exhibit will be on January 8, 2017, from 2-4 at the Harrison Museum of African American Culture on the 2nd floor of Center in the Square, Downtown Roanoke. Admission for the opening will be $20.

Additionally, during the exhibit, which will run until April 30, 2017, the museum will host an evening lecture, a Tea and Hat Show, and a kids program. For more information about the exhibit, on these events, or to schedule a group event or tour, please contact the Harrison Museum at 540. 857.4395.